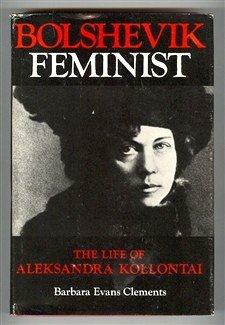 “As socialists, we believe that gendered oppression is generated by the workings of the capitalist system, and is not a product of biology or an eternal feature of human society. We believe that with a radical reordering of society genuine equality and sexual liberation is possible, and that the only force which can bring this about is the working class in all its diversity. This means accepting the challenge of overcoming, through joint struggle, the oppressions and prejudices that divide us. Believing that this is possible, and urgently necessary, is the difference between pressing forward in the spirit of solidarity and retreating into fear and division. This means that standing up against transphobia is not only a matter of moral urgency, but crucial for the success of our movement.”
https://iso.org.nz/20…/…/25/socialists-support-trans-rights/

The fundamental flaw in this argument is this: gender is the product of biology. It was the control of women’s biological reproduction that first created gender oppression of women by men in class society. Of course, the link between biology and gender is not fixed for all time, it is a structural feature of class society. It will end when class society ends. For Marxists, and Bolshevik Feminists (like Aleksandra Kollantai) then, the historic oppression of women is defined by their role as a sex-class of unpaid domestic workers and the end of that oppression will come when men and women unite in the struggle to overthrow capitalism and its reproduction of gendered relations.

As of writing, gender oppression of women under capitalism remains the biggest killer of biological women whether in the home, at work, in the streets, or as sex slaves. Talking of the “working class in all its diversity”, including trans as legally men and women, is to succumb to the fetishism that “gender freedom” can result from state reforms. It fails to recognise that this legality obliterates the historic struggle of women against gender oppression as a material social relation inscribed in women’s labour.

Therefore, women cannot escape their oppression by becoming men, nor men escape their oppressive role by becoming women. This is to mindlessly re-inscribe oppressive gender roles in capitalist society. Individuals can ‘choose’ in postmodern fashion to raise themselves above it, but this does not resolve the sex-class contradiction. In fact, it perpetuates it so long as trans women kill women in jails, and trans men are killed by men in jails. To genuinely unite the working class, men and women must fight gender oppression in their daily practice, not participate in it, otherwise there will be no socialist revolution and the end of oppressive gendered relations.

← Greens and Transactivism
Revolutionizing the Banks →