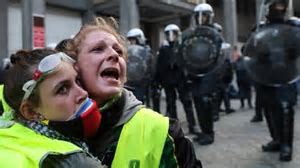 Bomber on TDB is a bit premature calling victory for the cops and corporates excluded from next years Gay Pride Parade. https://thedailyblog.co.nz/2018/12/19/well-well-well-pure-temple-pride-parade-exclusionists-scrap-parade-wheres-action-station-now/

In fact all that will be missing from the Pride Parade will be those who choose to side with the police bosses’ decision to ban police from parading in mufti. That is, all those institutions on the side of the ruling class that put their class collaboration ahead of standing up for young gays still being targeted by the cops.

Who is this ‘woke’ left that Bomber is so keen to excoriate?  It is the ‘left’ that tries to exclude the alt-right from exercising their bourgeois right to free speech and association. It first cropped up when this ‘woke’ left tried to ban visiting Canadian alt right speakers for their ‘hate speech’. But as was pointed out at the time, the experience of the last 100 years since the cops and the fascist guards in Germany killed Luxemburg and Liebknecht,  is that free speech for fascists is equivalent to allowing them the freedom to recruit and build their armed gangs. The ‘hate speech’ of the alt right is designed to justify and rally support for alt right actions which directly attack the rights of workers and migrants. 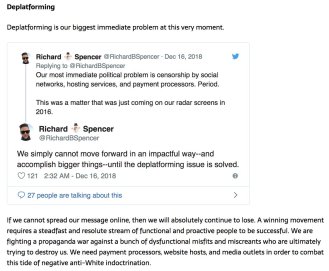 Why at this particular point in history do we find the alt right mobilising against the left?  Because the severity of the twin crises of economic crash and climate burn gives the ruling classes no choice but to abandon democracy and impose martial or emergency laws to allow the police and military to put down all popular uprisings. So at the very least those who understand this history, need to prepare for these crackdowns by building a working class independent resistance movement.

So to call those who backed the ban on alt right speaking rights, and the Pride ban on police uniforms, the ‘woke’ left is akin to the slurs attached to ‘cisgender’ (biological men and women) and ‘terfs’ (trans exclusionary radical feminists) to label and smear those who oppose the wider, ‘inclusive’ Pride movement from acting as a stool pigeon for the police and spy state, and to attempt to intimidate them from standing up to ruling class bullying.

The ‘woke’ slur has been weaponised as ‘trans exclusionary’, conveniently ignoring the longstanding acceptance and support for transwomen and transmen in the movement, in order to make the ultimatum that ‘cisgender’ people must recognise transgender people as equal to biological sexes, or be cast out of the movement. https://convincingreasons.wordpress.com/2018/12/10/do-women-exist-the-science-of-sex-the-politics-of-gender-and-the-materialist-and-dialectical-thinking-needed-to-distinguish-the-two/

But natural born men and women have been around for millennia, and for at least three thousand years, men have dominated and controlled women in the first form of class society – the patriarchy. For just as long women have resisted gender oppression, but have never been able to remove its roots, which is why this resistance needs to continue until it defeats the patriarchy.

It is this development of class resistance to fascist ‘free speech’ and to corporates dominating Pride that shows us that 2018 is the year of the waking left, not the woke left. The bosses are still the same, spying on democracy to destroy resistance to their terrorist class rule. The alt-right crypto fascists are on the march, using the latest C21st tech to sell their message as ‘free speech’ when its agenda is still to push the nation (xenophobia) Church (moral vacuum) and State (body of armed men) as instruments of ruling class rule. Bolsonaro – ugh!

And the social democrats are now openly liberal capitalist parties when capitalism cannot afford to be liberal. The result is that by posing as the ‘lesser evil’ to fascism, social democracy continues to divide and confuse workers, disorganise their unity and potential power, and thus enable the rise of fascism.

That is why this amorphous ‘woke’ left is in the process of ‘waking’ – developing, excluding, and ‘splitting the left’ – by breaking from liberal capitalism and its crumbling ‘bourgeois democracy’, and radicalising itself as anti-capitalist, anarchist or socialist.

I would say that the woke left is waking – a work in progress in both senses. It has partially penetrated the veils of capitalism, survived the flame wars of social media, seen and felt the causes of inequality – the rich exploiting the poor; women; migrant workers; Maori youth in jail etc., and cast their vote of no confidence in patriarchy-capitalism-imperialism.

The waking left may not agree on how best to be anti-patriarchy-capitalist-imperialist, and prefer Piketty, Fanon, or Guevara to Marx, but they know that capitalism, including its state forces, is the enemy and that social democracy embedded in the bosses state does not serve the interests of workers. Green capitalism is also part of the problem. So is Pride in capitalism and its agents the cops, banks and corporates, part of the problem.

The two most recent explosions of the waking left are the Yellow Jackets and Extinction Rebellion. These are mainly working class (because workers are 80% of those in the economy!) and representative of all kinds of workers, with a heavy presence of women and youth. What is significant is that this waking left has raised demands refusing to accept austerity, poverty and state repression to pay for capitalism’s crisis. Join that to Extinction Rebellion’s demands that government must take action to reverse climate change, or go and make way for those that will.

In raising these anti-capitalist demands The Yellow Jackets are building a new movement that is breaking from social democracy, and even ‘the system’ (Macron is the bastard neo-liberal child of bankrupt parliamentary ‘socialism’); from the alt right whose attempt to take over the Yellow Vests has been unsuccessful so far; from the union bureaucracy that is trying to appease Macron; and, is proving itself as a class-based uprising prepared to resist the state forces.

To be ‘progressive’ today means to fight the class war on the side of the huge working majority and to convince the waking left that the survival of humanity means ending capitalism and building a post-capitalist society where planning production workers’ democracy. To do this working people all over the world need to unite in solidarity to form workers’ governments everywhere against the desperate attacks by patriarchy/capitalism/imperialism that threaten to starve, drown or burn us all.

Our starting point has to be a mass workers’ socialist party independent of both the bosses and the bosses’ bureaucracy, where workers – employed, unemployed, of all genders, ethnicities, and nationalities – democratically debate a program on how to overthrow capitalism and replace it with a new sustainable society that produces for need and not profit and takes immediate action to reverse climate change.

← Do women exist?  – the science of sex, the politics of gender, and the materialist and dialectical thinking needed to distinguish the two
Judith Butler: How To Disappear Patriarchy In Three Easy Steps →