Where is Britain going? 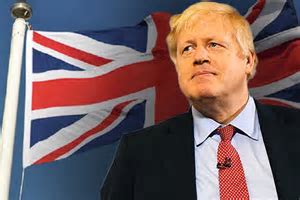 After 9 years of bitter austerity, how did the Tories turn an entitled, lying clownish toff like Johnson into such a winner, and an avowed parliamentary socialist like Corbyn into a weak chump? The answer lies in the failure of Labour to stand up to Johnson’s Trumpish rally to ‘make Britain great again’. Fatally, Lexiteers like Corbyn tried to meet Brexit halfway with a ‘Socialist’ Brexit, or Lexit.

The Tories were split over Brexit but the Brexiteers fought inside the party to defeat the Remainers, so the campaign was all about Brexit.  Labour was also split, but refused to take a position and compromised on a second Referendum. So, Labour broke the stalemate by allowing Johnson to turn its Brexiteer working class voters into his pawns.

Never mind. Brexit is far from over, and Johnson’s hard Brexit will explode on the streets and workplaces rendering parliament impotent to stop the breakup of Britain. It will push Scotland towards independence, and give Northern Ireland every reason to join a united Ireland. This will pose for socialists the test of their ability to organise the working class against reactionary bourgeois chauvinism and for proletarian internationalism.

To understand why this election will launch an open class warfare that can only be resolved by fascism or socialism, we need to explain how Britain’s existential crisis, as part of a wider terminal crisis of global capitalism, has forced Brexit to the top of the bosses’ political agenda.

The stalemate over Brexit is a symptom of the paralysis of the British ruling class facing the dilemma of its future as a declining imperialist power maneuvering between the US bloc and the Russia/China bloc. The rise of Russia and China threatens the waning US world hegemony. The EU is torn between the two but increasingly drawn towards Russia/China.

This poses a problem for the UK ruling class: to remain in the EU as it gets pulled away from the US towards Russia and China, or to leave the EU and stick with the US come what may. The British ruling class is split between the finance sector, the legacy of Britain’s rentier role in the world economy, and the national bourgeoisie who are now in partnership with US, EU and Asian transnationals.

Both fractions are globalist in outlook and make their profits in a multilateral world where capital and labour know no borders. Johnson in copying Trumps ‘exceptionalism’ is acting contrary to Britain’s globalist role. There is no case for abandoning the EU for the US – since Britain profits from both – unless Britain is so uncompetitive and sees no future in the EU allied to Russia/China and is desperate to gamble on the declining US. So, what part of the ruling class has an interest in writing off the 20th century and building a fantasy of reclaiming the glory days when “Britain ruled the world”?

None except a small section of British capitalists that wants to share in a US takeover and asset stripping of British assets including the remaining state assets such as the NHS. This is the Trumpist strategy to save the US that the reactionary Tories endorse.

The trade deal being negotiated with the US will reduce Britain from the status of declining imperialist power to a client lackey state. Those who stand to gain from a hard Brexit are those who blame Britain’s decline on EU membership and want to become the servile junior partner of the US. They are a tiny, backward chauvinist fraction that rejects globalism to make Britain great again. But this slogan actually means becoming mere neo-colonial compradors (agents) of US vulture capital. This is the reason that the Brexit comprador fraction needs to manufacture a populist movement of chauvinist workers and petty bourgeois social imperialists to give it parliamentary legitimacy.

The left is mightily confused over Brexit when it puts itself into the camp of the comprador Brexit faction of the British ruling class. While the left propagandizes that Brexit creates a Left-exit (Lexit) for workers to take power, in practice they are acting as stooges to call on workers to side with British imperialism over German imperialism. What’s more they sign up to ‘their’ ruling class to defend Britain from all foreigners, migrants, militants, and revolutionaries to defend ‘glorious Britain’. The bankruptcy of this ‘social imperialism’ (socialism at home paid for by imperialism abroad) explains Labour’s defeat by the Brexit populists.

The problem with the Lexit position is that it takes a historical construction of the bourgeoisie, the nation state, and defends it as timeless. But since the arrival of the age of imperialism early in the 20th century, capital has known no borders. It has had to expand globally to boost profits at home. Giant monopolies backed by their nation states have gone to war to make their rivals and the world’s workers’ pay for their crises of overproduction.

Thus, excess capital is destroyed in depressions and wars, while workers’ wages have been driven down by depression and their resistance defeated by conscription to fight the bosses’ wars. The 20th century proves that workers used as cannon fodder must mutiny and unite with workers everywhere to overthrow crisis-ridden global capitalism. In the place of bourgeois nation states workers will create socialist republics that replace chauvinism with internationalism and a global federation of workers’ republics.

The extreme logic of bourgeois nationalism leads to the rise of fascism to smash workers refusal to pay for the bosses’ crises. This is where we are again today, in a full blown, terminal crisis of global capitalism, where new movements are beginning to rise up against global capital. And once more the bosses are encouraging fascism to raise its ugly head to smash workers struggles for basic democratic rights from Algeria to Hong Kong.

Within this framework, the situation in Britain is consistent with a declining imperialist power reverting to imperialist xenophobia, led by a reactionary comprador clique of the bourgeoisie that has been defeated by monopoly capital. In its desperation to protect its wealth it exploits the fears of workers against migrants to ape Trump in backing imperialist Britain against imperialist Germany and France. And in many European countries the same centripetal forces of national populist movements are creating the swamps in which fascism breeds.

There is nothing progressive in defending bourgeois nations in the name of the ‘left’. It leads to the enlisting of workers behind the national flag to fight workers in other countries in the interests of the ruling classes and against the interests of humanity and nature. Against the populist/fascist movements that are forming to divide and smash working peoples, the only left position that can lead to the end of capitalism, is that which unites workers across national borders into one international revolutionary force capable of ending capitalism and building socialism.

← Revolutionizing the Banks
Is the “World in Crisis” terminal?   →