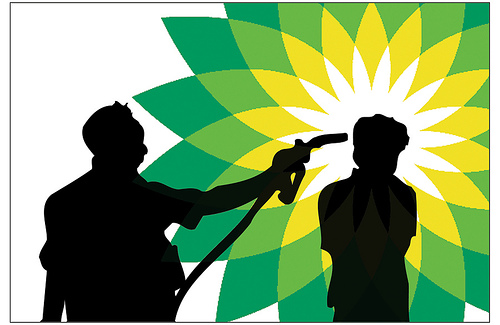 Marx on the Dialectics of Nature

The inevitable failure of COP21 ‘hot air’ to meet the challenge of global warming proves yet again that capitalism is the problem not the solution. But what makes the crisis of capitalism this time different from past crises is that climate change makes the crisis terminal. The capitalist class cannot survive without destroying both popular resistance to its rule and the ecological foundation of humanity in society. Marx always saw socialism as bringing alienated humanity back to nature. That is why there is no future for humanity without a global socialist revolution. Better to be red than dead!

Most analyses of this predicament blame the hubris of humanity in destroying nature – nature ‘good’; capitalism ‘bad’. This idea is expressed in the term Anthropogenic that refers to the changes brought about in climate (nature) as a result of ‘industrial’ society. For most climate warriors society must stop abusing nature and ‘return to nature’ if homo sapiens is not to suffer the pain of extinction. For the Green Left that means “change the system”. Yet it’s clear that this “system” is antagonistic to nature as two distinct and separate entities.

Marx did not agree. For him, society and nature were one. Not a fixed and immobile unity but a contradictory unity. The contradiction is not that of humanity versus nature, but one that runs through the heart of capitalism itself, the capital-labor relation. It is the contradiction between the labor that produces value as the working class, and capital that expropriates surplus value as its private property thus appropriating nature to accumulate its profits. Hence class struggle refers to the basic contradiction between nature (as use-value) to reproduce society, and capital as exchange-value that exploits and appropriates use-value (nature) as private profit. That is why Marx talks of class struggle as the motive force that drives the historic rise and fall of capitalism. “The history of all hitherto existing society is the history of class struggle”.

We can call this the dialectics of nature which understands that ‘society’ and ‘nature’ are not antagonists but bound together as a contradictory unity. For Marx and Engels, dialectics was a method of analysis which took as its starting point the reality of social change as a material process driven by humans producing to meet their basic needs. Human labor was used to transform nature and society was dominated by nature so long as its ability to ‘control’ nature was limited. This appearance of a society/nature antagonism persisted despite, and because of, to obscure the rise of class divided society made possible by new technologies that produced a social surplus.

Class societies resulted from a series of ‘revolutions’ in social relations to create new classes of owners and producers. Men overthrew women in lineage societies to privatise the surplus and create the patriarchal society; then some men became slave owners to privatise the labour of other men and all women; then some men became landowners in tributary or feudal society, privatising the labour of other men and all women as rent; finally, some men who started as merchants became capitalists by creating the factory system to privatise the labour of landless peasants. Each revolution enabled a new class to proclaim its historic superiority in developing the forces of production (progress, civilisation, etc) to new heights before being replaced by a new exploiting class capable of higher leaps in development.

Each historic class society harnesses nature for private wealth. The socialised forces of production clash with the privatised relations of production that form barriers to their further development. The contradiction between social nature and privatised society that runs through capitalism has reached bursting point. As a result capitalism as the most advanced class society has exhausted its capacity to develop the forces of production and is overdue to be replaced by a new revolutionary class, this time one that is genuinely superior because it is universal and capable of abolishing classes.

Capitalism has exhausted the pre-history of class society by creating the pre-conditions for real human history where the privatised surplus is socialised again, not under conditions of scarcity, but of plenty. A socialist revolution is necessary to restore the highly developed forces of production back to nature by removing the un-natural capitalist ruling class. The contradiction between potential humanity-in-nature to reproduce itself and the ruling classes that appropriated nature as private profit, can then be resolved by the working class, no longer as a class, but as universal humanity because it ends the privatisation of antagonistic production relations and socialises production as one with nature.

The question then is how to make a socialist revolution. As already pointed out if no new class emerges in time to replace capitalism with socialism, homo sapiens and many more species will become extinct. This time the stakes are higher than ever before. Our task is not just about removing a defunct capitalism that destroys the forces of production, but stopping capitalism from destroying humanity as part of nature. The ruling class must be overthrown, not simply because it has passed its use-by date, but because it threatens to take down humanity to destruction with it.

Can we do it? Yes, capitalism has created its own gravediggers. Everywhere, it has abandoned bourgeois democracy and the rule of law and now rules by naked force, militarising society in an attempt to destroy all political opposition. Yet it is being met by resistance to its destruction at every point. The global working class is ready and willing to fight. The class war is now breaking out openly everywhere; by Arab and Kurd warriors in the Middle East; by anti-austerity and anticapitalist youth; by unions defending casualised workers; by hackers and whistleblowers; by social mediaphiles using the internet as a weapon; and by climate warriors against fracking and deep sea drilling. This is the actual global class war where the armoury combines ideas, high tech, civil disobedience and military resistance.

But despite this spontaneous willingness to fight, the working class will remain disorganised and fragmented so long as capitalism can hide behind the divisive ideologies of patriarchy, nation, political Islam, terrorism, violence, etc until the working class becomes conscious of itself as the class that represents humanity and fights for itself as humanity. Essential to this task is the international organisation of the working class as a united anti-imperialist and anti-capitalist force with a transitional program for socialist revolution that can counter and defeat the organisation of the imperialist ruling classes. That program must guide the working class in its historic mission from overthrowing capitalism to restoring humanity/nature in a future communist society. The victory will be sweetest for women workers who were the first representatives of humanity to be socially oppressed. Never better to be red than dead.

← Smash the TPP! For a Workers’ Government!
Mediating Marx →

One thought on “Better Red than Dead”