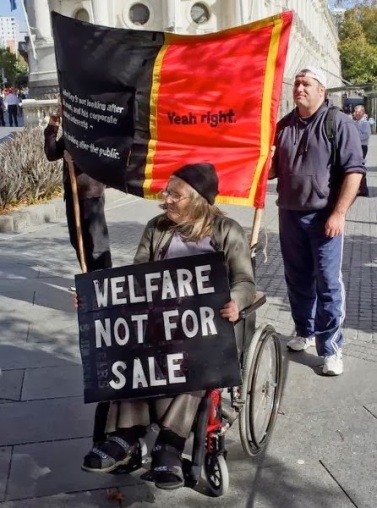 A small and sheltered society relatively free from class, racial and sexual conflicts which plague the rest of the world. Such has been the cost image held of their country for so long by many New Zealanders, and now David Bedggood challenges these ‘founding myths’ in no uncertain terms as the delusions 9of a privileged white-settler society sheltered from harsh economic reality.

Against the conventional wisdom of academic history and social science, Rich and Poor in New Zealand adopts a Marxist standpoint to show how New Zealand evolved as a colony within the capitalist world economy, where British settlers destroyed Maori society in their lust for land, and where class exploited and exploits, class for profit. The myths of racial and social harmony could obscure this reality only while prosperity masked the class-divided nature of society and they are now being rapidly undermined by the long-term decline in New Zealand’s economic fortunes. In David Bedggood’s view the current crisis and attempts by the state to restructure the economy reveal a mounting struggle between the international capitalist class and the New Zealand working class for control of the economy. The outcome of this struggle will depend upon the ability of all exploited groups –from workers to housewives to small farmers — to join together to fight for their common interest.

The author is a fifth generation New Zealander descended from an English missionary family. He was trained as a sociologist and at present teaches Sociology at the University of Auckland. He has written a number of articles and papers on New Zealand society and is Editor of Red Papers on New Zealand.

← Rebooting Lenin
The Naughty Infamous Labour Party: a Bedtime story for the kids. →